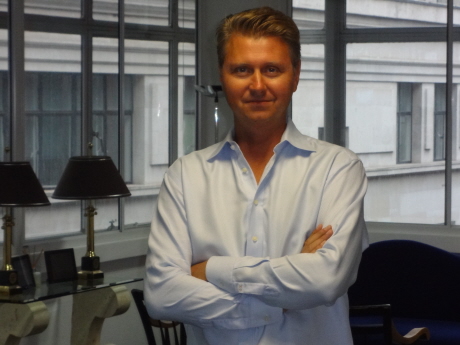 Biography of Per Wimmer

Per Wimmer is an astronaut, an adventurer and explorer, a philanthropist, entrepreneur, global financier and author. Per Wimmer's story is about being an explorer, a pioneer, a record maker, pushing the boundaries, discovering and making dreams reality. Not just for Per himself through his exciting adventures and trip to space but also to inspire children around the globe to live out their dreams, whatever their dreams may be. Turning into reality what appears to be a far-fetched dream into reality. He is a person who has packed three lives into one – “a true Indiana Jones meets 007 James Bond” as one commentator stated.

Per Wimmer is expected to be the first private Dane in space. He has successfully completed his space training, including weightlessness/ Zero-G training, flying Russian MIG-25 and L-39 fighter jets, passed medical exams and carried out space launch simulations in both Russian and American centrifuges. He is a Founding Astronaut with Sir Richard Branson’s Virgin Galactic since joining in 2005 and will be on one of the first commercial rocket flights to space. He was previously also scheduled first astronaut on the XCOR Lynx and with Space Adventures (signed up in 2000). Per is passionate about space and a well respected member of the international space and adventure community as illustrated by his Fellowship at the New York Explorer’s Club, The Royal Aeronautic Society (Companion Member) and The Scientific Exploration Society (Honorary Advisory Board Member). He is a friend of Apollo 11 Moonwalker Astronaut, Buzz Aldrin. On July 15 2019, at the Kennedy Space Centre, together with Buzz Aldrin and Charles Duke, Apollo 16 and CapCom Apollo 11, Per received following advice from Charles: "Forget about focusing on the Zero-G experience. Just look out of the window. The Earth is so beautiful from space."

On Oct 6, 2008, Ralph Mitchell and Per Wimmer successfully completed the world’s first tandem sky dive over Mount Everest, the highest point on Earth. After six days of trekking, Ralph and Per flew in a Pilatus Porter airplane to an altitude of 29.500 feet (ca 9000 meters), just above the peak of Mount Everest (8848 meters), jumped out in minus 50 degrees C and free fell for sixty seconds before opening the parachute and landing at the Drop Zone at 12.350 feet (ca. 4000 meters). Pushing the boundaries, helping writing the manual (as opposed to following one), exploring, discovering, being a pioneer, carrying out first time adventures together with fellow adventures and deploying and acquiring education in a wider sense is what drives Per.

Professionally, Per owns and runs his own investment bank, Wimmer Financial which he founded on the 50th anniversary of Sputnik day, Oct 4, 2007. His investment bank specializes in finance within global real estate, natural resources (mining, oil and gas, green energy), industrials and other hard asset areas. In 2020, Wimmer Financial won the Real Estate Investment Bank of the Year at the REFI Awards (ahead of UBS, Credit Suisse and BNP).

Finally, in Nov 2018, Per took an ownership stake in what is now named Wimmer Horizon CTA, an award winning quantitative hedge fund with a track record since 2005.

Philanthropist Per Wimmer through WimmerSpace has over the years supported numerous charities financially and otherwise various charities, both through more organised twelve months school programs in the UK and Denmark as well as on ad hoc basis. Any new adventure Per contemplates would always have a local and/or relevant charity attached in view of tying in with the WimmerSpace mission supporting charitable needs and inspiring children to live out their dreams as Per makes his adventure dreams reality. Space charity can have many forms: In Sept 2007, Per was bowling for charity with Natalie Imbruglia against Kylie Minogue and Sir Richard Branson, London. That same year, Per became the first founding member of Buzz Aldrin’s ShareSpace Foundation. The year before, Per co-produced a modified version of “The Lions Sleep Tonight” in Danish labelled “Wimmer Way” about Per’s trip to space.

WimmerSpace further includes adventure travelling. Per has been living with the Indians of the Amazon forest; involved in a world landspeed record attempt and been driving a modified F-104 Starfighter Jet on Black Rock Dessert, Nevada, and high speed cars on the Bonneville Salt Flats, Utah; visited the remote Easter Islands; been diving in the Galapagos Islands; been trekking the Inka Trail to Macchu Pichu; been skiing at the highest skiing facility in the world at 5.500 m in Bolivia; walking on live volcanos in Hawaii; been hang gliding over the beaches of Rio de Janeiro; been riding cross-country USA on a Harley Davidson motorbike and back (total of 9.000 miles) and been diving with sharks in Fiji.

Per Wimmer has resided in the USA (Boston, New York), UK (London), France (Menton, Paris), Switzerland (Geneva) and Denmark (Copenhagen, Slagelse). Per is currently living in London and has properties in Miami and Copenhagen.

WimmerSpace activities include publishing. Per has published three books to date and contributed to numerous other books. These include his book in French about the future of European integration "Vers une Europe a la carte: Analyst des derogations apres Maastricht" (Belgium, 1995), a book about the bubbles of financial markets "Wall Street" (Denmark, 2011) and a book about the future of green energy "The Green Bubble" published in Swedish, Danish and English (Sweden 2014, Denmark 2014, UK 2015). Besides, Per has also contributed to a number of books including "Realizing Tomorrow The Path to Private Spaceflight (USA, 2011)," "I Will Go to Space Next Week" (Japan), "Mysterier fra rummet" (Denmark, 2008), "Powermaend" (Denmark, 2007), "Professionel Passion" (Denmark, 2008). Per is currently working on his autobiography. Article published in German: "Kein Typisch Amerikanischer Prasident, " Europaische Zeitung, Feb. 16, 1994, following Per Wimmer's attendance at Bill Clinton's first speech on European ground as American president.

WimmerSpace activities also cover motivational speaking for schools, charities and corporates based on the Seven Wimmer Fundamental Values and include topics such as his trip to space, his adventures, the first Everest tandem sky dive, the global economy, green energy and the world of natural resources.

WimmerSpace further entails film documentaries (“Wimmer Over Everest,” “The Secret Millionaire,” “Undercover Angel” (National Geographic) and “Elon Musk: The Real Iron Man”(Amazon)). Per is a regular space expert commentator on Sky News TV and previously a newspaper reviewer on BBC World. In July 2019, Per Wimmer featured on BBC World The Travel Show,” Apollo 11 50th Anniversary and the Future of Space.” On Nov 30 2018, Per Wimmer is front cover of the Financial Times with the headline: “The Ultimate High Flyers.”

In 2019, Per Wimmer became a brand ambassador of the Swiss watchmaker Fortis who proceeded to produce the WimmerSpace Fortis Watch – a watch specially designed for Per Wimmer trip to space.

Prior to founding his own investment bank, Per Wimmer was advising on equities at the MAN Group/Man Securities which subsequently got spun-out in a separate IPO (2005-2007). Before, Per Wimmer worked at Collins Stewart (now Canaccord) in a similar capacity (2003-2005). Per was at Goldman Sachs & Co during its IPO where he worked in New York and London leaving the company as Executive Director for Institutional Sales of European Equity products advising on investments to Scandinavian-based financial institutions (1998-2002).

In 1998, he graduated from Harvard University, Cambridge, Massachusetts, USA, as an MPA graduate with concentrations in business, finance and international relations and received the Don K. Price Award for academic excellence, community contributions and potential leadership. During his two years at Harvard, he became the co-founder and first president of the Harvard Scandinavian Society, promoting Scandinavian culture and facilitating networking between alumni, prospective and current students. He served as a student member of the Harvard MPA Admissions Committee; participated in "Project Outreach" - an HBS volunteer project to assist the elderly and disadvantaged in the Boston area and was a winning team member in the 1998 Annual Graduate School Debate Competition, organized by the Leadership and Ethics Forum, moderated by Senator Alan Simpson. Before graduating, he was selected as the only non-US citizen for the Presidential Management Intern Program destined to work in the White House for the Bill Clinton administration.

During 1996-97 Per Wimmer was an Associate management consultant at McKinsey & Co. with a particular focus in the media sector.

Until the end of the Jacques Delors administration in early 1996, Per Wimmer worked in the cabinet of the Vice-President of the European Union, Mr. Henning Christophersen whose responsibilities included the Monetary Union and the EU budget.

Prior to Brussels, Per Wimmer graduated with distinction and top six of his class at the College of Europe, Bruges, Belgium, earning him the M.A. degree in European political science whilst he co-produced the Yearbook and delivered the student speech at graduation. He also published a book, in French, on the future of Europe ("Vers une Europe a la carte: Analyse des derogations apres Maastricht, PIE, 1995).

Per Wimmer interned at the United Nations in Geneva in 1994.

Per graduated with distinction from the LL.M. program at the University of London (1991-92) and received the B.A. and M.A. degrees in Law from the University of Copenhagen (1988-91, 1992-93) whilst serving as student member of the Governing Board of the Law Faculty. In 1993, Per Wimmer was awarded the Academic Silver Medal, presented by HM Queen Margaret II of Denmark, for "an outstanding legal and political analysis of the protection of fundamental rights in the European Union."

Prior to university, Per Wimmer passed the three years French Baccalaureat program with philosophy and French literature concentrations – completed in one year in the context of a 48% failure rate among the native French-speaking peer group (1988). In 1987, he graduated top three of his mathematics-physics section and was awarded a financial prize at graduation at Slagelse Gymnasium. During many inspirational lectures by Mr. Jan Malmmose Nielsen, his physics teacher, the interest for space crystallized. Although strong, the interest in space remained academic until 2000 when space tourism became a realistic possibility at which point Per Wimmer got involved. He bought the ticket from Space Adventures and is now anticipated to be one of the first private Danish citizens ever to enter space.

Fluent languages spoken include French, English and Danish with knowledge of Spanish and German.